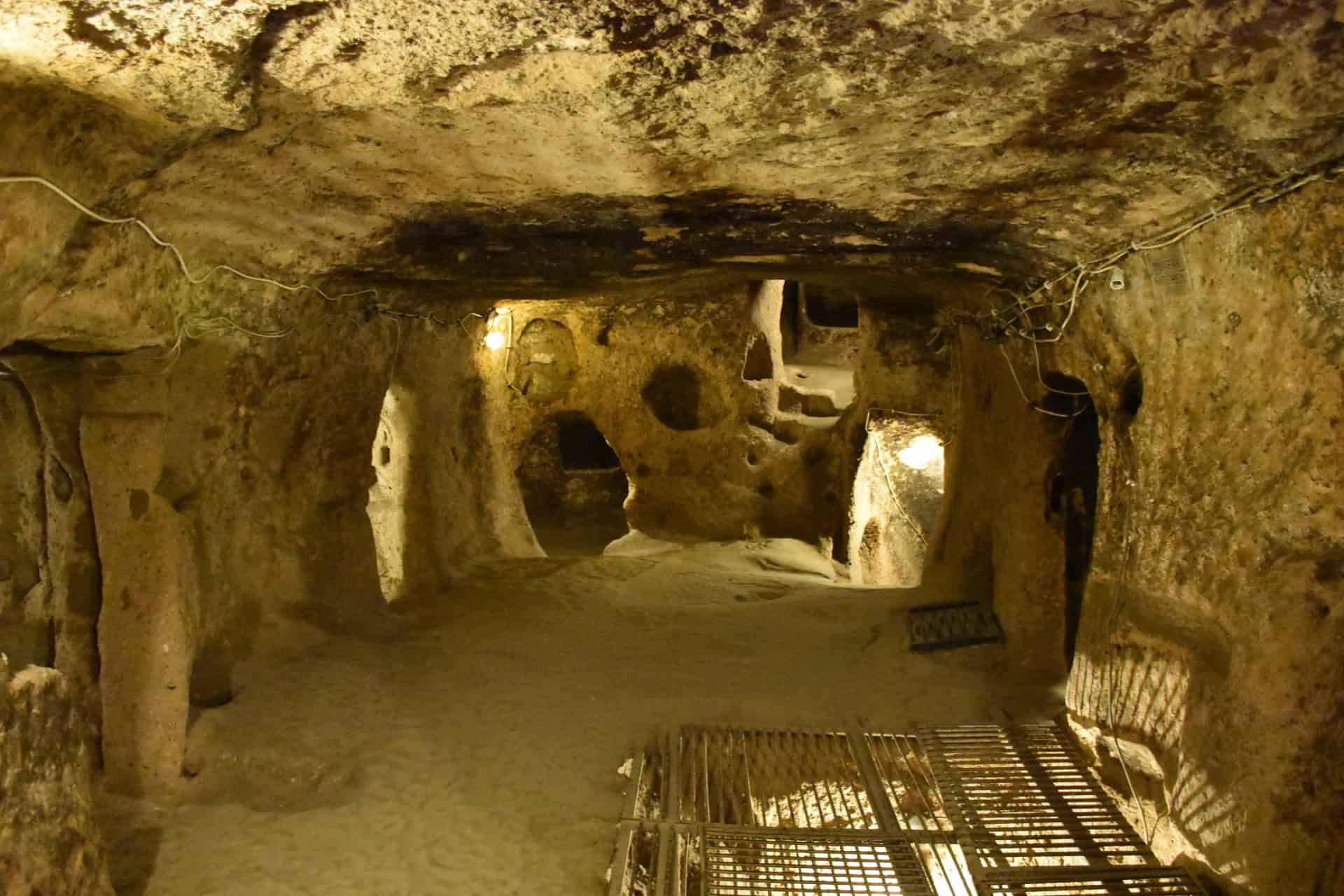 During the old times, there were no high technologies such as we have today. People need to protect themselves in an unusual way compared to today and the underground cities were the perfect solution to this. In the Cappadocia region, there are around 200 underground cities. The biggest one in Cappadocia is the Derinkuyu Underground City and the next one is the Kaymakli. Kaymakli has 8 floors and was the home of more than 5000 of people. Experiencing an underground city is exciting as much as traveling over the fairy chimneys with hot air balloons. You should spare some of your time and visit Kaymakli.

The 1st floor of the Kaymakli reserved for the stables like the other underground cities of Cappadocia. Stables and barn at the entrance of the underground city also provide access to the other parts of the Kaymakli with corridors and stairs such as a church, meeting halls, and living spaces. You will see a passage with sliding stones in the corridors that leads to the church on the 2nd floor. These sliding stones can block the passages and prevent enemy infiltration. You will see a graveyard just next to the church where is the resting places of the church officials. The centre of the Kaymakli is the 3rd floor. On the 3rd floor, there are cookhouses, food stores, kitchens and living areas where daily life goes on.

The most interesting about Kaymakli Underground City is the copper workshop. Remains of the andesite rock which is lava based found on copper workshops. This is clear proof that the copper processing method knows during prehistoric times. The last floor can be visited is the 4th one. You can see mysteries, kitchens and food stores on the 4th floor. The abundance and the size of these places show that the people were continued their daily work in underground cities. Kaymaklı Underground City is not yet fully discovered like the Derinkuyu Underground City. Yet, Kaymakli offers a unique experience to its visitor.

Where is Kaymakli Underground City?

To discover the most remarkable heritages about ancient times you need to go to the Kaymakli settlement where is 21 km away from the Nevsehir city center. The name of the underground city comes from the Kaymaklı where is on the Ihlara road.