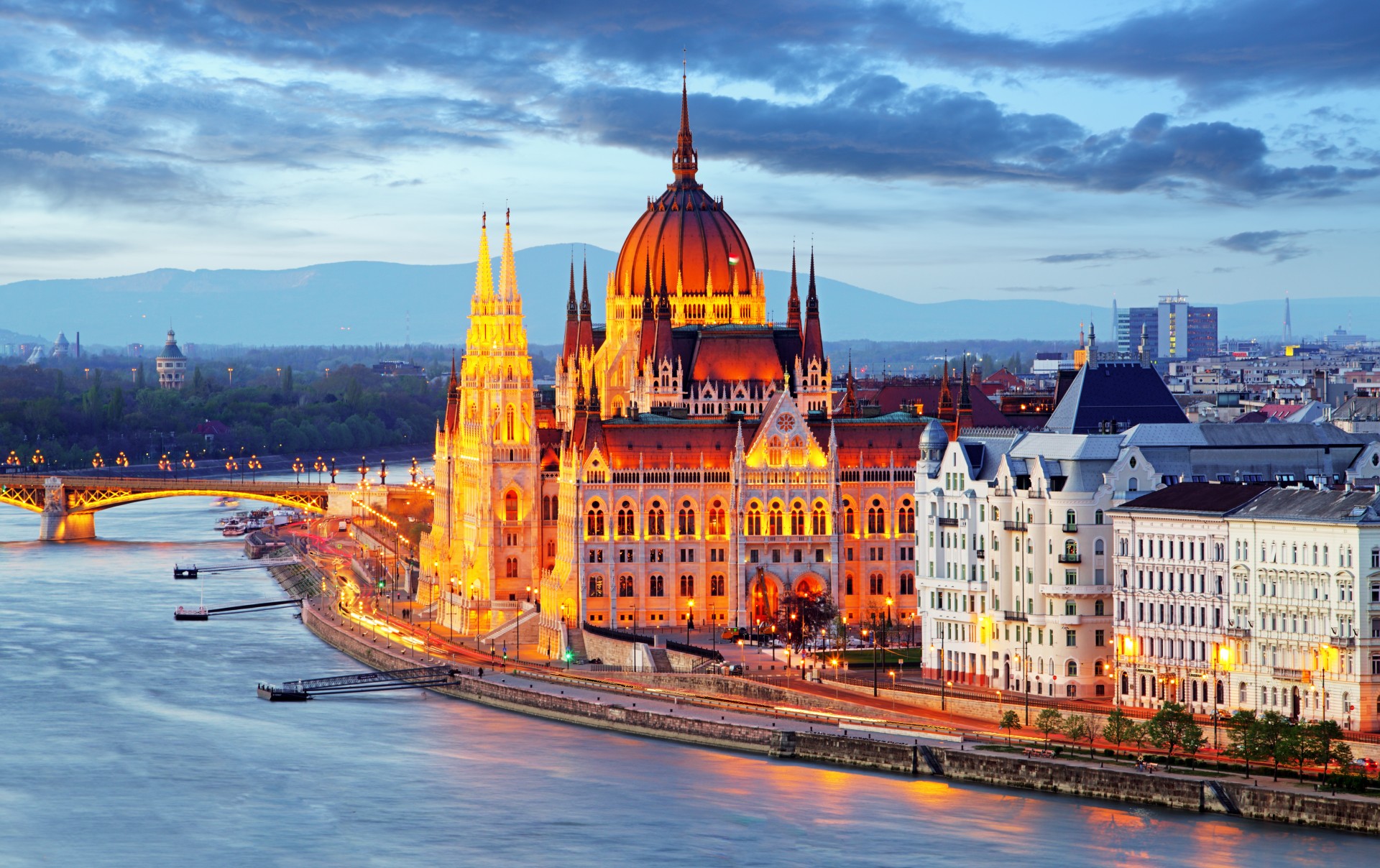 Budapest is the capital of Hungary and has more than 1.8 million population. The city is a major touristic destination of Eastern Europe. This well-written Budapest travel guide will be useful for you to plan your trip. In this post, you will find lots of information about any tourist needs during his/her time in Budapest. Places to see, things to do and history of the city also…

In fact, Budapest is a relatively new city. Because it was created by merging three different cities in 1873, Buda, Obuda and Pest. If you are curious about the before 1873, Budapest has a long-standing history. It seems that cities history dates back to the Stone Age. The first major settlement founded in the area by the Roman Empire whose name is Aquincum in 89 AD. This city was founded on an old Celtic settlement very close to the Obuda. Aquincum was the capital of Lower Pannonia from 160 AD to the end of the 4th century. From that date, Pannonia areas were under the control of famous Turk leader Atilla and the Huns.

In 896, Hungarians (Ugrians) from the Lower Dnieper and the Danube came from the Carpathians and founded a settlement the area of between Danube and Tisa. For almost more than 100 years skilled warriors of Hungarians marched to Central Europe until they stopped by the Otto I the Great at the Battle of Lehfeld where is very close to the Augsburg in 955 AD. Only 6 years later, Hungarians became Christian and becomes a member of the Christian-Europe.

One part of Hungary was conquered by the Ottoman Empire in 1526 after the Mohacs battle. Another part of Hungary became part of the Habsburg Empire. At the end of the 17th century, Habsburg invaded Transylvania and other Ottoman territories in the Pannonia and all of Hungary came to the Habsburg rule. Hungary tried to get their independence after 1848 but it didn’t succeed until 1867. At 1867 Habsburg monarch lose the power and the new power rise in Europe, Austro-Hungarian Empire. With this new rule, Hungary became almost independent. Until 1873, Buda, Pest and Obuda were a separate major district of Hungary and they have a very good economy. All these districts were merged in 1873 and called Budapest.

Budapest During The World Wars

At the Great War (WWI), Austro-Hungarian Empire was allied with Germany, Bulgaria and Turkey (Ottoman Empires) and they lost as Central Powers aganist United Kingdom, France, Italy and other allied countries. After the Great War Austro-Hungarian Empire collapsed and Hungary became an independent state. but it lost more than %60 of its territories as a result of the Trianon agreement. Hungary was joined WWII by side of Nazi Germany to regain its lost territories. Until the Soviet invasion over Hungary, they have gained some territories from Czech, Yugoslavia and Austria but they lost the second big war again. Today, Budapest is the most important city in Hungary. Hungary also the member of both the European Union and NATO.

I think that enough for the brief history of Hungary. Now we can focus on what will a tourist need to know in Budapest. Below, you will find information about Budapest Ferenc Liszt International Airport, Top 10 places to see in Budapest and Budapest public transportation.

Hungary is a relatively small country. It has only 4 major airports and the biggest of them is the Ferenc Liszt International Airport. The airport is located just 15 km south-east of the Budapest city centre which is very close and good for the passengers. Based on statistics from 2018 more than 15 million passengers used Ferenc Liszt Internationa Airport. This airport also is one of the major hubs of the Ryanair, that means you can find very cheap tickets to fly here.

If you want to go to the Budapest city centre from Ferenc Liszt International Airport, you’re lucky. because the airport is both close to the city and has multiple options for public transport. You can use bus line 200E which departs from terminal two and Nagyvarad ter metro station operates the whole day. Also, there are other bus lines like 914, 914A, 950 and 950A which can be used to go to the city centre. Using the train is another option to go to the Budapest city centre. Ferihegy train station is at the airport and you can take train which operates between Ferihegy and Nyugati railway station in the city centre. You can buy tickets for both buses and trains inside the airport.

Public transport in Budapest is quite expensive when you compared to the other major cities in Europe like Madrid and Paris. You can use a different class of tickets to use on all type of vehicles in public transportation system. Single ticket price is around 350 Ft which is around 1.10 Euro. There also options for 24-hour, 72-hour and 7-day travel cards and their prices are 1650 Ft (5 Euro), 4150 F0t (13 Euro)  and 4950 Ft (15 Euro). If you use public transport without having a valid ticket or travel card you will find up to 16000 Ft (50 Euro).

I think it is always better to buy 72-hour or weekly card. Because you won’t wait in ticket queues, won’t validate your ticket at each station, limitless usage of vehicles and avoiding possible penalty fees. You can ticket and travel cards from the airport, metro station, news-stands and tobacconist, almost everywhere in the city.

Budapest have four different lines which are yellow, red, blue and green. These four-line covers all urban areas and easy to use. Also, please keep your expectation low about the metro quality of Budapest. They don’t have the newest ones but all of them are efficient and helpful if you want to travel around quickly.

Metro Line 1 (Yellow Line) is the most important for you if you are visiting Budapest. Because line 1 has many stops at the famous landmarks, museums and places to see. This line operates between Vörösmarty tér to Mexikói út. Line 1 is the oldest metro line of the Budapest. You will be surprised about how it is close to the surface. you just need to take few steps to go down the metro stations. You will also feel the historical atmosphere of the stations.

Metro Line 2 (Red Line) operates between Deli Railway Station and Pest’s Örs vezer Square. As a tourist, your station is the Kossuth Square where the parliament is located. Metro Line 3 (Blue) can be used to go to the airport. Metro Line 4 (Green) is the newest metro line of the city. It connects the two main railway station of the Budapest. Budapest’s metros run between 04.30 to 23.00 every day without expectation. You can find the Budapest metro map below.

Probably you won’t believe it but Budapest have more than 40 tram lines around the city and some of them run on the historical centre of the city. It is really not possible to write down all tram lines but I will give information about the most important ones to the tourists. Tram line 2 runs along Pest’s Riverbank and offers great views over the Buda Hills and the Danube. This line passes through the Chain Bridge, the Hungarian Parliament and the Central Market Hall. Tramlines 19 and 41V will be good options if you want to see Buda’s riverside. This lines follow a similar route to line 2 but on the other side of Danube.

There more than 200 bus lines in the Budapest. As a tourist, bus lines 16, 16A and 116 will be useful for you to visit the historical landmarks and the city centre of Budapest. Buses are quite old but mostly they will be a good option to get around in the city.  They are still adding brand new buses to the fleet every year. There are also different night lines between 23.00 and 05.00.

In Budapest, you have several other options to use to get around. There few trolleybus lines in the city. In the city of Budapest, 15 different trolleybus line runs daily and their numbers are between 70 and 83. There is also one funicular line between Chain Bridge and Buda Castle. This line opened in 1870 and the second funicular line in Europe. This line partly destroyed at the WWII and renovated in 1986. The funicular line has a stop at the Clark Adam Square where is the 0 km point of Hungary. This point uses to measure the distance between Budapest and other cities of Hungary.

Top 10 Places to See in Budapest

The city of Budapest has another name among the travellers, city of spas. There are many baths in the Budapest but Szechenyi probably the best of them. Here is a private hotel which is open to anyone. The place has stunning architecture and open-air bathing facilities which will fascinate you. Szechenyi Thermal Baths located in the city park.

This place is the largest square in the Budapest. Heroes Square is located at the end of Andrassy Avenue. In memory of the 1000 years of Hungarians came to this area, this stunning semi-circle square built. When you go there you will see a very long column at the centre. He is the Archangel Gabriel, the messenger of God. Other statutes belongs to the Prince Arpad and conqueror who are the chiefs of the seven tribes came from the Carpathians.

This place is like the Grand Bazaar in Istanbul but of course smaller than Grand Bazaar. The Budapest Great Market Hall built-in 1897. It is also in the UNESCO World Heritage Site list. Here is the right spot to discover and experience Hungarian food and flavours. You will find food markets and the ground level and souvenirs and craft stand on the upstairs.

The Parliament of Hungary

Here is probably the most iconic and historic landmark of Hungary. The Hungarian Parliament is the centre of the government since 1902. The building is one of the largest one in Europe. Neo-gothic style of the building inspired by The Palace of Westminister, London. Parliament is open for the visitor during the day and should be on your list. Visiting hours between 08.00 and 18.00. If you want to go to the Parliament of Hungary, Kossuth Lajos Ter metro station is very next to it.

If you planning to go to the historic Andrassy Avenue you should visit the Hungarian State Opera House also. Opera house renovated between 2017 and 2018. If you have time I’m strongly suggesting you book a ticket for a show in here.

Matthias Church is one of the main Catholic churches in Hungary. The church is located on the Buda Hills in the Castle District, briefly in the Old Town.  Matthias Church is also very close to the Fishermen’s Bastion and the statue of St. Stephen. Sometimes there will be some attraction in here, it is better to check the calendar of the church.

This religious building is the largest in Europe and 2nd largest synagogue in the whole world. The Great Synagogue built between 1854 and 1859 by the Ludwig Gösrter who is from Vienna. The architecture of the building was inspired by the Muslim landmarks in North Africa and Spain. The Great Synagogue can hold more than 3500 people at once. Astoria metro station is very close to The Great Synagogue.

Top 10 Things to Do in Budapest

I hope that you like this Budapest travel guide. If you visited or planning to visit the Budapest please share your experiences and thoughts at the comment section!