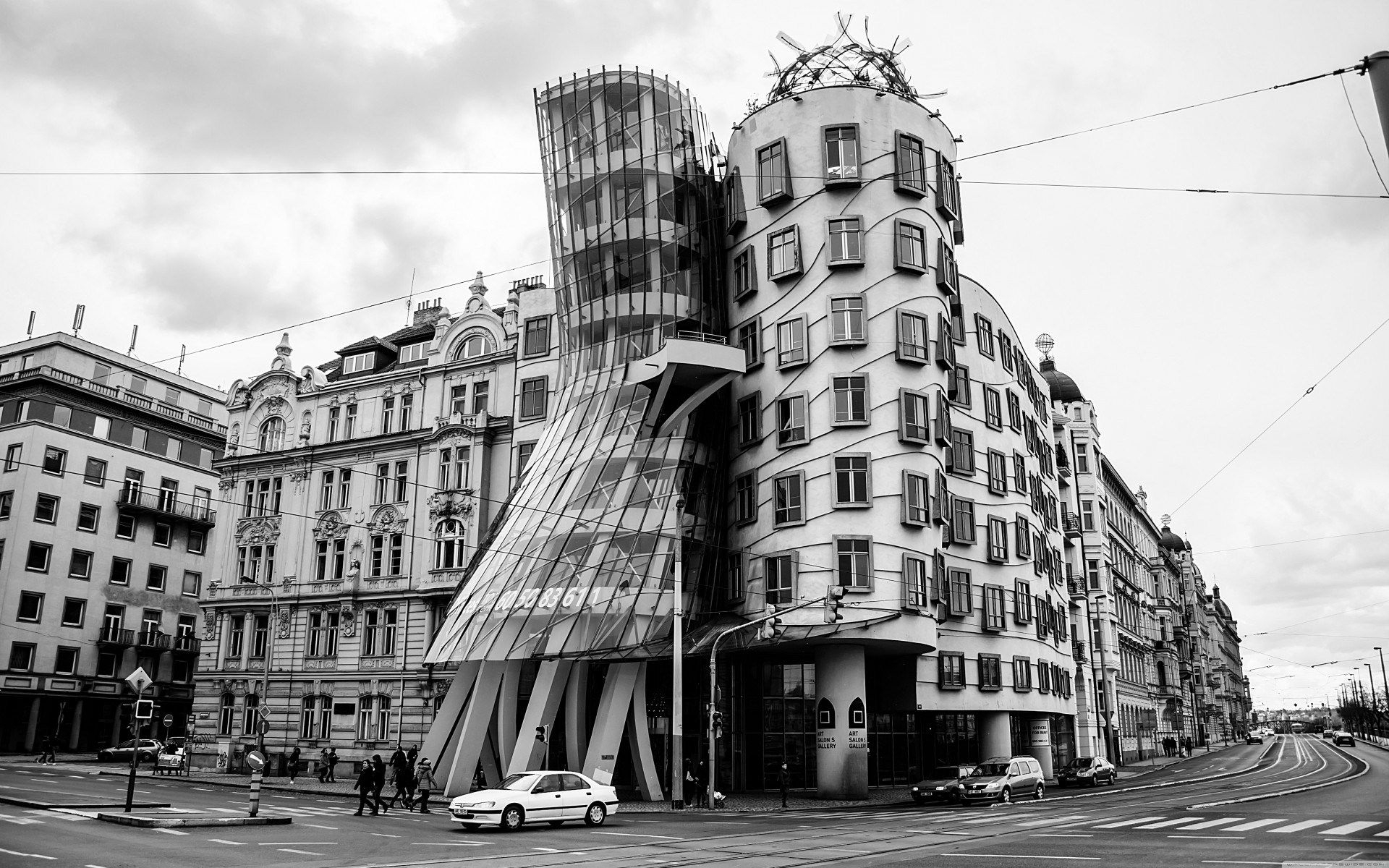 Dancing House is a unique example of postmodern architecture where is located within the centre of Prague, on the eastern side of Jiráskův most bridge. Construction of the Dancing House was completed between 1992 and 1996. The name of the Dancing House is coming from the very famous Hollywood couple; Fred Astaire and Ginder Rogers. They were the most famous couple of who were dancing together during the 1930s. However, Dancing House is not a place to just go and see, it is also a world-wide famous hotel to stay during your time in Prague.

On the construction site of the Dancing House, there was a building from the 19th century which has the effect of the Renaissance movement. But this building was collapsed and demolished during World War II. On the same site of this building, the officials of Prague decided to build a new and modern building by the ING Bank from Holland. At first, ING Bank meets with Jean Nouvel and offered him to build a new and modern building on the site he refused this offer. He told the ING Bank that the area of the construction site was too small for his thoughts. Later on, they met and agreed with Frank Gehry. ING Bank wanted to create both symbols for the bank and Prague. So, they give an unlimited budget to Frank Gehry. With this freedom, Frank Gehry had a chance to put on the table his deconstructivist ideas.

As you can see from the image above, Dancing House consists of two different bodies or structure. The first one is a glass tower supported by inclined columns. The second one has a wavy structure that runs parallel to the Vltava river. These wavy shapes and windows created with mould and also they didn’t line up linearly. This style gives a moving effect on the building itself. The house consists of 99 concrete panels and each of the located differently from each other. In addition to concrete panels, precast concrete, steel and glass material were also used during the construction. On top of the building, you can see a twisted metal structure. Its name is Medusa, created by covering the metals bars with a metal mesh layer.

There are cafes on the ground floor of the house. You can directly reach to the Vltava river and the square from the ground floor. There are offices areas from the 2nd floor to the 7th. On the top floor of the Dancing House, there is restaurant with a panoramic view of Prague. I think, eating a meal at the Dancing House Hotel Restaurant on the top floor would be a nice surprise for loved one 🙂

Where is the Dancing House?

The house is located a bit south from the important places of Prague’s Old and New Town. If you like to walk around the cities like me, you can follow this route to go to the Dancing House. From the Stare Mesto, an inspection point of the Clementinum and eastern side of Charles Bridge, just follow the Smetanovo nábř. along the eastern side of the Vltava river for 1.5 km. This route is quite nice and enjoyable to walk. On the route, you will see Bedrich Smetana Museum, Prague Beer Museum, Krannerova kašna, National Theatre, Žofín Palace and more, what a route to walk! When you come closer to the Jiráskovo náměstíi tram station you will see the Dancing House! If you want to use public transport take a look below to see your options;

As I mentioned above, Dancing House is also an active hotel where you can stay during your time in Prague. Even if you are staying in the hotel there are some tours to worth to join the discover the house itself.  For example,  you can join Prague: Dancing House Gallery and Rooftop Entrance Tour to discover the house in a very different and a unique way. During the tour, you will have a chance to access to the permanent and temporary exhibition on the gallery and access to the rooftop terrace to enjoy the panoramic view or a meal at the restaurant. If you are looking for more different tours to join during your time in Prague please check the widget below to find more.

If you ever visited the Dancing HouseHotel, Restaurant or Gallery please share your experiences and thoughts to help the people who are planning to go to Prague. Also, feel free to ask your question and give suggestion to improve the quality of this content! Enjoy!