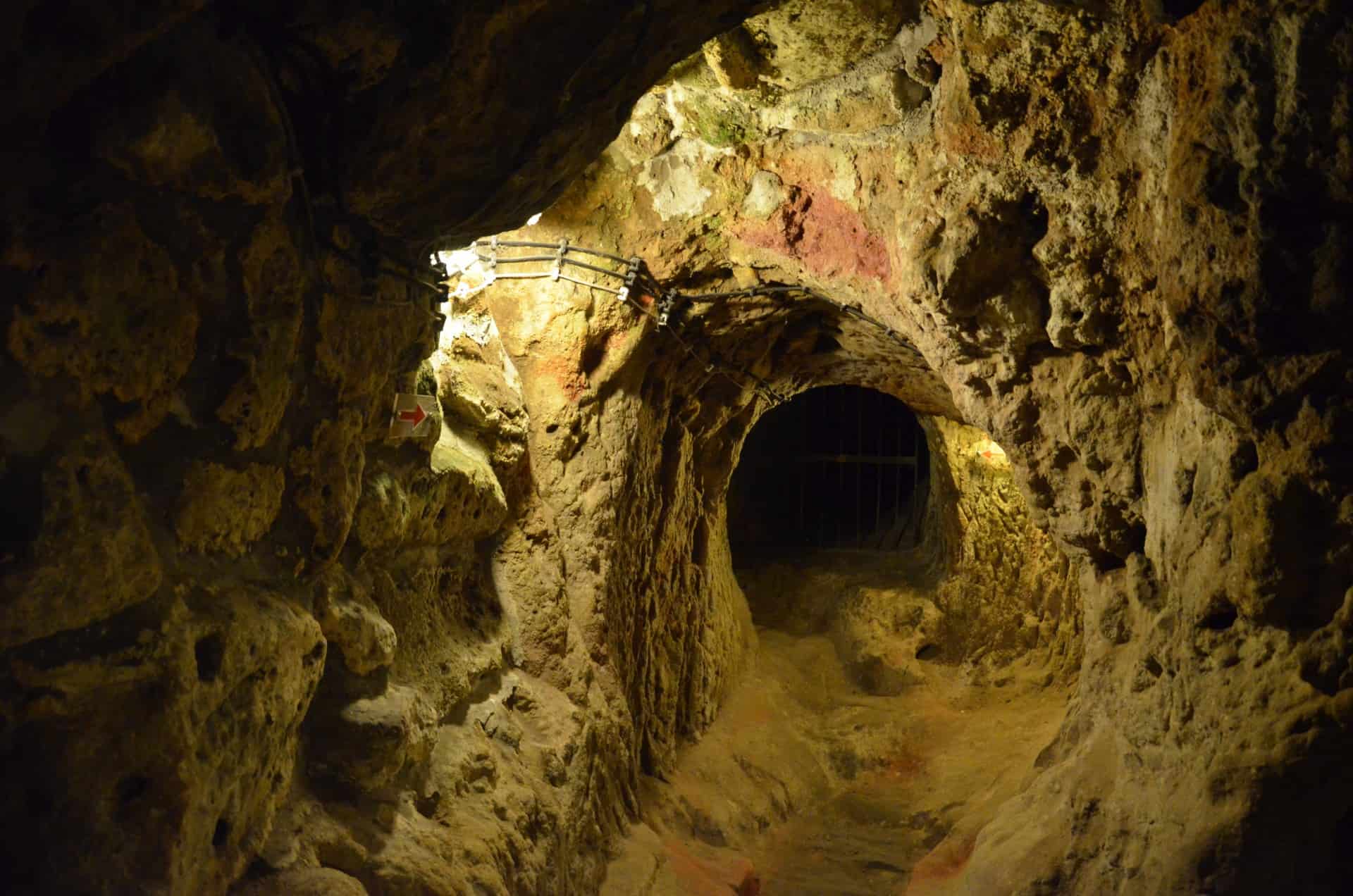 Derinkuyu Underground City: Explore The Past

Derinkuyu Underground City is a clear proof of how Cappadocia is a magical and unique place with full of surprises for its visitors from all around the world. Cappadocia region is one of the most touristic places in Turkey. You can join the hot air balloon tours, walk through the valleys with full of fairy chimneys and of course discover the thousands of years old underground cities. Until now, 36 different underground cities discovered in Cappadocia and Derinkuyu Underground City is biggest them all.

Before giving information about this mystical I think that learning the meaning of the Derinkuyu will help you to understand how big is! Derin means deep and kuyu means well in Turkish. Although there is no precise information about the construction of Derinkuyu, it is thought that most of the underground cities in the region started to settle around 3000 BC during the Proto Hittite period. Especially during the Byzantium reign over the region Derinkuyu and all other underground cities used actively by the people. One of the closed section of the city, a Roman period dated marble eagle statue supports this theory. It is well known that the Christians escaped from the Roman persecution came to the Nevsehir and Kayseri from Mesopotamia during the 2nd century. Derinkuyu Underground City and the other protected people for a very long time from danger.

As you expect people may need to stay underground for a really long time to avoid the dangers and threats. Because of that within time, they expanded the Derinkuyu Underground City by adding food stores, church, ventilation chimneys, wineries, water wells (lots of them), toilets and halls. Underground cities in Cappadocia consist of rooms that connected with each other. But these connections can be so small and narrow that only one person can pass. Also, there are huge cylinders to close the tunnels to prevent anyone came through. You will see all of them when you visit Derinkuyu Underground City.

Until the 1830s, there was not a single settlement above the underground city on the ground. In 1963, it discovered as a coincidence and opened to the visitor in 1967. I wrote the meaning of the Derinkuyu above it comes from the 52 water well at a depth of 60 to 70 meters. It is fascinating, right? Since the opening of the Derinkuyu, 2.5 square kilometres area of a 4 discovered and opened. Today, it is possible to go down to 50 meters and 8 floors. Probably, you will go down to 80-90 meters and 12-13 floor when all the remaining cleaned. At top time of the city, more than 50 thousands of people lived here, unbelievable!

Floors of the Derinkuyu

You will start to discover the mysterious Derinkuyu Underground City bypassing a very narrow passage. Just like the Kaymakli Underground City, the 1st floor is located around 5 meters below the ground. Please keep in mind, if you have claustrophobia you may have a problem. But be sure it worth it! At the 1st floor, there is stables (yes, stable!), kitchens wineries and living rooms. Here is the top floor of the whole underground city. You will be amazed when you see the incredible sensitive stone masoning and carving while thinking there was no engineering at all those times. The other thing which is incredible, the ventilation system of the whole city. Don’t forget to try to understand this complex system.

When you come to the 2nd floor, you will see the living rooms, food stores and a couple of other places to live for both humans and animals. The centre of the ventilation system that descent to the depth of the whole Derinkuyu is located on the 3rd floor. Also, there is a Missionary School at this floor. That makes Derinkuyu different than other underground cities. Ceiling covered with cradle vaults is quite impressive. however, there is the cross-shaped church, confessional areas and a cemetery (Yes, a cemetery!). At this point, you will see a very long tunnel (9 km). If you have a question in your mind, where this tunnel is going? To the Kaymakli Underground City! It is like an ancient metro. Though, all of them that 9 km long tunnel doesn’t open to the visitor yet.

At the 4th floor, you will come across to a dungeon. Most of the shelters of the Derinkuyu Underground City is located this floor. You will also see the ventilation systems, cisterns and cemeteries on the 4th floor. You will reach the 5th floor by using a staircase. 5th floor is the hearth of the Derinkuyu. It is possible to reach most of the places in Derinkuyu from this floor. It is possible to say that the 4th, 5th, and 6th floor are connected with each other like one floor.

You will see the largest area of the Derinkuyu Underground City on the 7th floor. There is a very big meeting hall, cemeteries, water well, and a church. 8th floor is the last floor open to the visitors. There are a small room and ventilation shaft within it. But know that, this is not the end of the road. There are so many things waiting to be discovered in the future.

Where is Derinkuyu Underground City

Unfortunately, it nos possible to buy a ticket to visit Derinkuyu in advance. You can buy Cappadocia: Derinkuyu Underground City and Ihlara Valley tour ticket from the internet which includes visiting the Derinkuyu. But it is always to possible buy the tickets from Derinkuyu. That totally depends on your choice.

Please share your thought and experiences about the Derinkuyu Underground City on the comment section. Also, feel free to share ask your questions. If you want to learn more about Cappadocia region continue to read the Cappadocia Guide post!