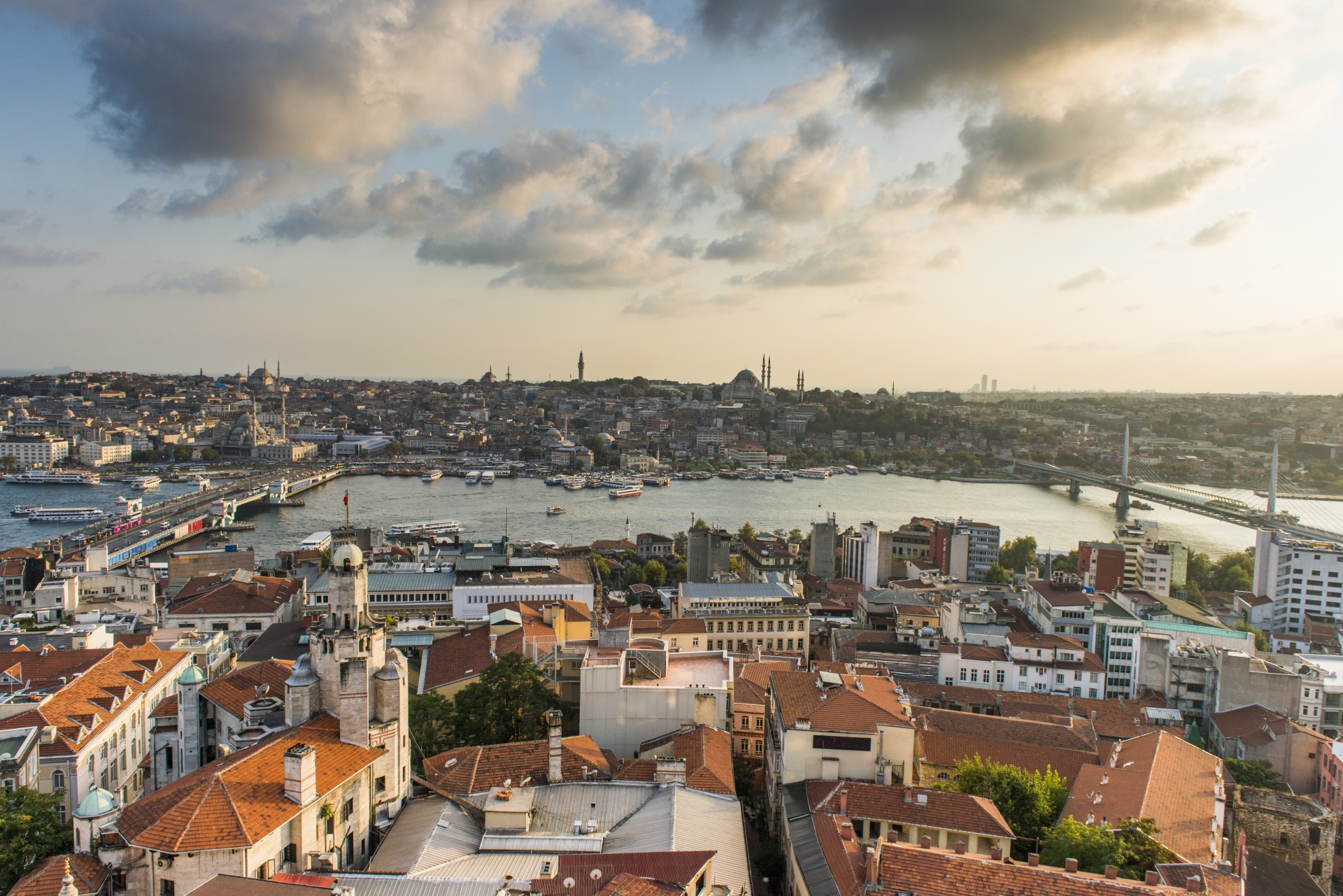 You should share a day for the Galata Tour where is the home of Galata Tower and a couple of other historical places. Galata District, the unique neighborhood of Istanbul was once a walled medieval city where belongs to the Genoese and Venetian colonies and of course to the Ottoman Empire after the conquest of Istanbul. If you are planning to come to Istanbul or already in there you should share a day for Galata Tour to Galata Tower and other unique local spots here.

Galata is one of the oldest settlements in Istanbul. This historical neighborhood located very north of the Golden Horn (Haliç) and lay down to the Taksim Square. Until the 19th century, this district was surrounded by the wall constructed by the Genoese. These walls started at the Azapkapi where is very close to the Golden Horn. Most of the walls demolished by the renovation order of the Galata district in 1864. Even today, you can see some of the walls around. Galata had different names in the historical period. Its original name was Sykai (fig field), given by the Byzantine. In Greek, Galata also called Peran en Sykais, which means fig field on the other side. Levantines named it Pera, Galaktos, Calata and a couple of different but similar names.

Galata was founded as a Latin and Catholic colony very close to the ancient Constantinople, capital of the Eastern Orthodox Byzantine Empire. During years, the government of this unique colony changes various times between Venetians and Genoese. But Galata always remains Latin and Catholic. Even after the conquest of Istanbul, this stayed the same. Sultan Mehmed the Conquer ordered this area to be a place for the Jews, Greeks, and non-muslims.

In history, Galata sided multiple times with the enemy of the Byzantines and Ottomans. During the Latin Crusades in 1204, Galata helped them during their occupation over the city. But at the time of the conquest of Istanbul, Galata helped the Byzantines against the Ottoman Empire. With the increasing pressure of the Ottomans, they both allowed and helped them to carry their ship through the land into the Golden Horne which was a quite dramatic moment for the Byzantine. Galata was also the center of the capitulations which may cause the collapse of the Ottoman Empire. Ottoman Empire had a very big debt to the Galata’s bankers since the beginning of the 19th century. Those bankers were Greeks who supported the independence of Greece from Ottoman rule.

Around 1860, Galata became a very active business and commercial center of Istanbul. There were also taverns where was very active during the night. A small area within the Genoese wall wasn’t enough for the Galata. Because of that limitation, most of the wall was destroyed and Galata enlarged by the Ottoman Empire. Grand Rue de Pera or Istıklal Street were first constructed at that time around 1864. Galata is always a cosmopolis place. Since the Ottoman era, Galata attracts people from every religion and nation, today it still continues.

How to Go to The Galata Tower?

This historical tower is one of the oldest and highest buildings in Istanbul. It is 63 meters high with spherical structure and offers a spectacular panoramic view through the historical peninsula and the Istanbul. Galata Tower used as a defensive structure of the colony, also named as a Tower of Christ. After the conquest of Istanbul, Galata Tower used to detect the fire around the city by the Ottomans. Galata Tower is also the place where was the Hezarfen Ahmet Celebi was the first flying Turk. Hezarfen Ahmet Celebi flew from Galata Tower to Uskudar in the 17th century. This flight was 6 km long which incredible at that time.

Galata Tower is open for visitation between 09.00 to 19.00 every day. So, it may be better to visit Galata Tower weekdays to avoid the excessive crowd during the weekend. The entrance fee of the Galata Tower is 25 Turkish Lira but there will be different prices for tourists and Turkish citizens. Unfortunately, it is not possible to buy tickets online to avoid the queues. But of course, there are some agencies that are selling Galata Tower tickets in advance.

How to Spend a Day in Galata?

I just wrote down how you can plan your Galata Tour in a day one-by-one below. Basically, you can start your Galata Tour with breakfast at one of the vintage cafes of the Galata, then get up to the Galata Tower, visit Neve Shalom Synagogue and Galata Mevlevi Lodge, have lunch and walk to the Taksim or Karaköy through the narrow streets of Galata.