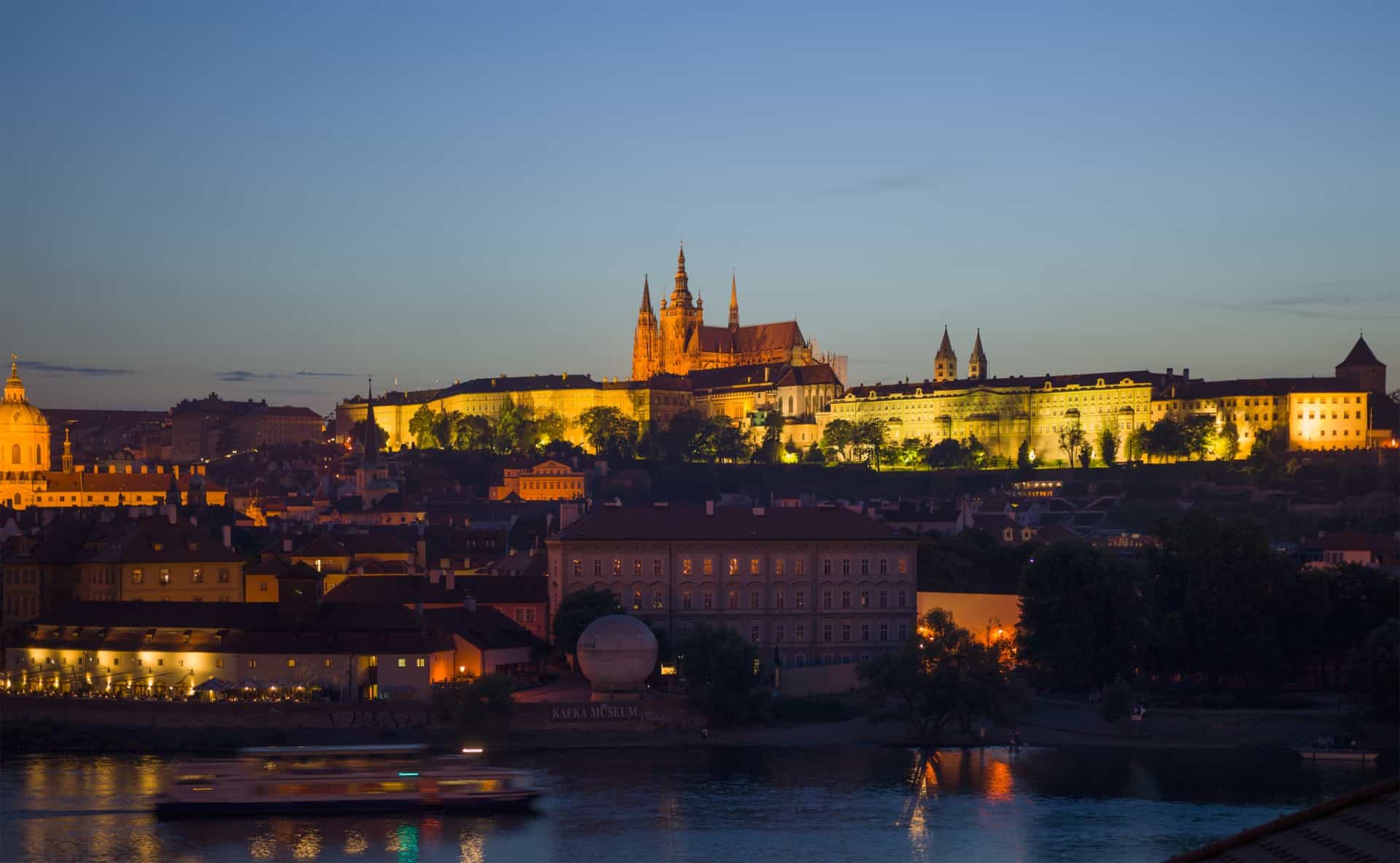 Prague Castle Tour is should be on the top your things to do in Prague list to witness the culture, history and see the most significant heritage of Czech. One of the most important symbol of the Czech tradition is the Prague Castle. It was founded in around 870 by the Prince Borijov of the Premyslid Dynasty. This unique castle is also in the Guinness Book of World Records as the largest coherent castle complex all around the world. Today, Prague Castle is one of the most touristic place of the Czech. Every year over a million people came to visit this hundred of years old castle. In this post, you will every detail before you visit Prague Castle.

History and Buildings of Prague Castle

Before joining a Prague Castle Tour giving brief information about its long-standing history would be helpful for you. Prague Castle is not just one huge building. It has 9 different historical building/structure with itself; Old Royal Palace, St. Vitus Cathedral, St. George’s Basilica, Golden Lane, The Story of the Prague Castle, The Treasury of St. Vitus Cathedral, The Picture Gallery at Prague Castle, Great South Tower of the Cathedral and Rosenberg Palace. The first walled of the castle was the Church of the Virgin Mary where was built in 870. During the year new building added to the castle complex and became

Unfortunately castle gone through a couple of devastating disasters such as fires, revolts and lootings. After World War I (The Great War) Prague Castle became the seat of the new Czechoslovak Republic. During the invasion of Nazi’s at World War II, Prague Castle used as headquarters of the protector of the Bohemia and Moravia. After the liberation of Czechoslovakia and also the coup in 1948 Prague Castle once more became the centre of a new government; communist Czechoslovaks.

You should start your Prague Castle Tour by discovering the original residence building, Old Royal Palace can’t be seen today entirely but just only the remains. Old Royal Palace built by using mostly the wooden materials around the 9th or 10th century and stand still until the 12th century. A new stone Romanesque Palace built just next to is by prince Sobeslav.

This street originally was the home of the servants, goldsmiths, marksmen and the defenders of the Prague Castle. You will tiny houses next to each other during your Prague Castle Tour when you reach the Golden Lane. Those tiny houses were occupied until World War II. Also, at House 22, Franz Kafka lived from 1916 to 1917.

Great South Tower of the Cathedral

If you want to see Prague from a unique position you should spare some of your time to visit the Great South Tower of the Cathedral. You need to climb around 300 steps and 100 meters to reach the top of the cathedral. The tower was built around the 14th century, so it is very old. A gallery and a helmet to the tower added in the 16th century and replaced by a new dome in the 18th century. This part of your Prague Castle Tour you will also see the biggest bell in the Czech which is weighing about 15 tons. Name of the is Zikmund!

Between 1545 and 1574 Rosenberg Family built a palace for themselves in a renaissance style. Then, Rosenberg Palace became to property of the emperor Rudolf II in 1600. Until the 18th century, Rosenberg Palace preserved its original style. But after then, entirely rebuilt to be the home of the Institute of Noblewomen.

The Story of Prague Castle

A permanent exhibition in 2004 opened to show the visitor Czech national history. The Story of Prague Castle exhibition set on the authentic premises of the Gothic floor in Old Royal Palace. You will see various of items from different times of history. There are also a couple of original relics which should be seen.

Where is Prague Castle?

As you expect, Prague Castle is located in the centre of the city. Also, it is very easy to go to Prague Castle almost anywhere from the city. Because there are couple of metro and tram stations very close to it. Most of the visitors use the No 22 tram and get off at the Pražský hrad. You can find the stops list below;

There are two different timing for visiting the Prague Castle Tour; summer and winter. Also, each of the building/structures has its own visiting timetables which you can see from the table given below;

If you want to join Prague Castle Tour you can buy your ticket in advance. By buying your tickets in advance you can also get the skip the line chances. But always it is possible to buy the ticket when you go to the castle.