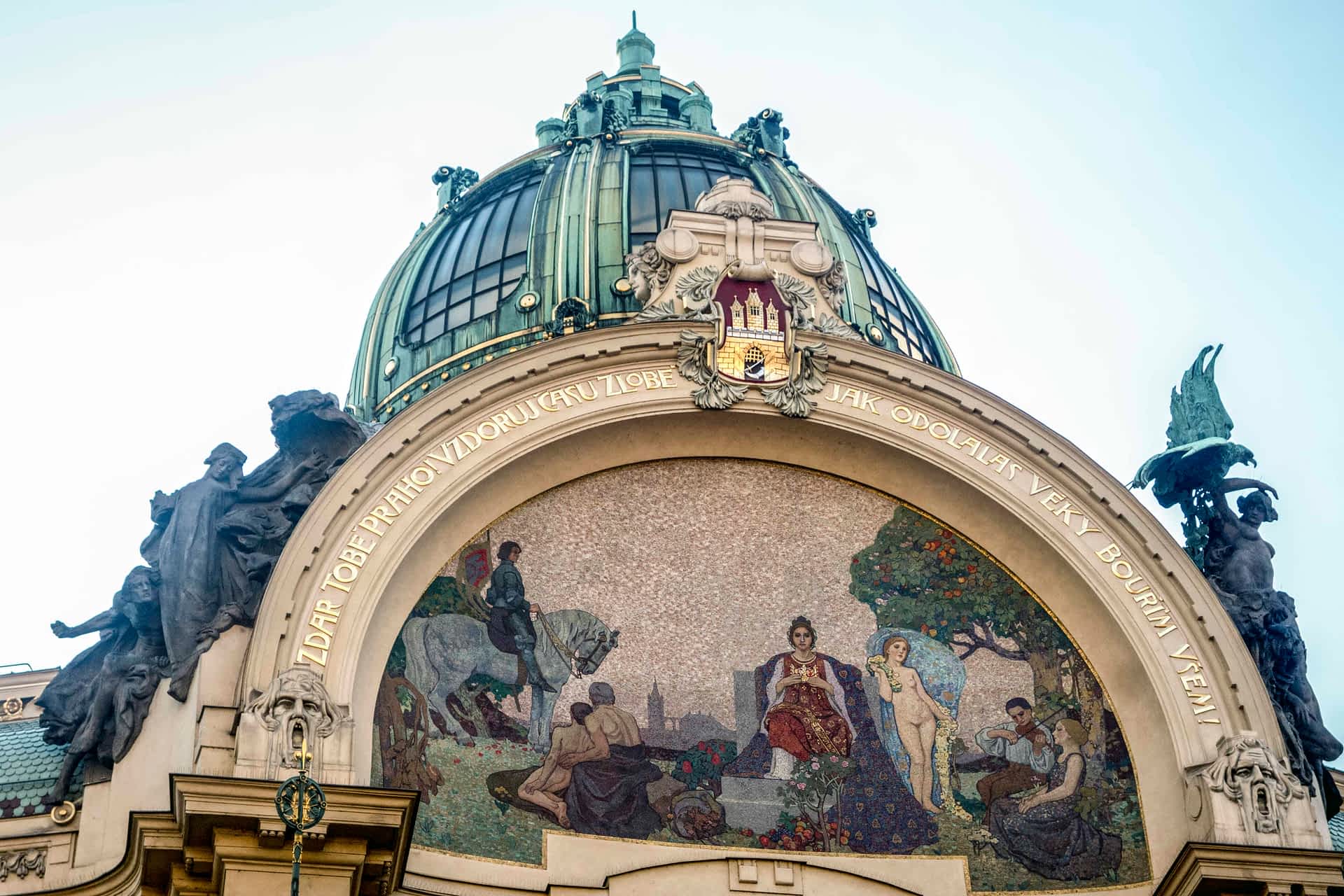 This building is older than you imagined. It was the royal residence called King’s Court during the time of Wenceslas IV around 1383! Until 1485, King of Bohemia lived here. After the death of the king, the building was abandoned and totally demolished earlier years of 20th century. Construction of the current building was started in 1905 and ended in 1912. This place is also one of the most important places in Czech history. Because of the Czechoslovak declaration of independence 18 October, 1918 was announced here. Inside the building, there are lots of halls and dining rooms but I think focusing the most famous one will be enough for now, Smetana Hall!

The largest area of the Prague Municipal House (Obecni Dum) is the Smetana Hall where is centrally located from the first-floor foyer. Smetana Hall is using for events like concerts, fest or performances. Because of it ha capacity over 1200 seat which is quite a big number for the city. By the way, the name of the Smetana Hall is coming from the creator of modern Czech music, Bedrich Smetana.

Like most of the important places of the Prague, Municipal House is also located very close to the Old Town Square of the city. Also, it is very close to Wenceslas Square and Prague National Museum. As like the many places in both the old and new town of Prague, here is also accessible from a couple of minutes walk from most of the city. My suggestion for Prague is to go to most of the places by walking. Because Prague is a very historical city where should be discovered street by street. You can do this only by walking. But if you are still insisting to use public transport you can find the list below about how can you go to the Prague Municipal House (Obecni Dum) by using metro or tram.

Don’t think a place like a museum or something else. You just don’t need any tour or tickets to visit here but also you can join a guided tour to discover it in a more professional way. You can buy the guided tour tickets from the website of the building. Also, you can find the permanent and temporary exhibitions held in the building. For the guided tours you will follow the route below. If you are looking for the other tours to join your time in Prague please check the widget below the list.

Please share your thoughts and experiences about the Prague Municipal House (Obecni Dum), Smetana Hall and the other places to help the other who are thinking to visit Prague. Also, if you have any question in your mind feel free to ask them.