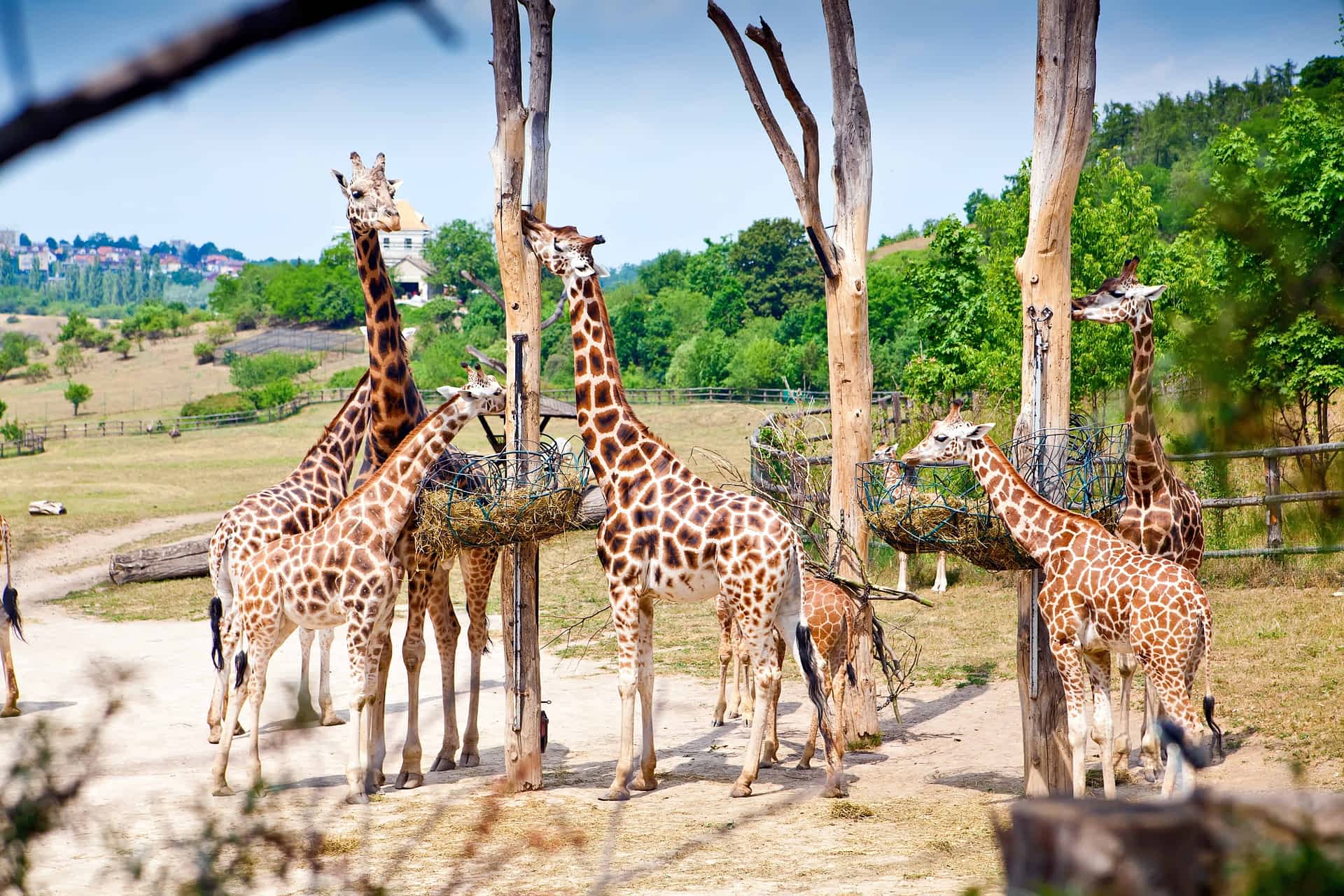 Prague Zoo: One of Best with Over 6000 Animals

Prague Zoo is one of the oldest zoos where is opened in 1931, also on the top 10 zoos around world list made by the TripAdvisor. Today, it has more than 5000 animals and over 650 species all around the world. More than 130 species of them are in the threatened species. Actually Prague Zoo is not just an ordinary zoo, it is also an important centre for to study zoology, wildlife and public education. Because of all these features of the Prague Zoo, it is also known as a Prague Zoological Garden. Prague has lots of historical and important places and landmark like Prague Castle, Old Town Square, Wenceslas Square, St. Vitus Cathedral, Kinsky Palace and more but visiting Prague Zoo will a totally difference worthy experience for you. So, add the Prague Zoo to your list of places to see in Prague!

History of the Prague Zoo dates back earlier than 1931. The first idea about establishing a zoo in Prague was firstly proposed in 1881 by the Count Sweerts-Sporck. Count Sweerts-Sporck has published an open letter in the newspaper during the wedding of Crown Prince Rudolf and Princess Stephanie of Belgium and call to action to the opening of a zoological garden in Prague. About ten years later, The Committee for the Establishment of a Zoological Garden in the Royal Game Preserve was constituted but nothing more happened during that time. Until 1931 several attempts were made to open a zoological garden but none them reached to the final point. 28 September 1931, a zoological garden opened its doors for its visitor for the first time.

The first animals of the zoo arrived in the same year a she-wolf named Lotta. A while later Przewalski’s horses were came named Minka and Ali. Przewalski’s horse is also called as the Mongolian wild horse or Dzungarian horse and they are very rare, also in the endangered animal’s list. In 1932, two tigers named Mitau and Bengali came to the zoo. One year later, a baby elephant, hippopotamus and rhinoceros arrived at the zoo premises. In time, the zoo keeps getting new animals and increasing its area to build new premises and building for both animals and visitors.

As I mentioned above, today there are more than 6000 animals inside the zoo which is one of the highest numbers around the world. In total, the zoo covers more than 58 hectares. You can find the list of the arrived animal and important milestones for the zoo from this page. Also, you can find the most recent number about the Prague Zoo.

Where is the Prague Zoo?

Instead of most the places located both Prague Old and New Town, Prague Zoo is located a bit north of the centre of the city. Prague Troje Municipal district is the home of the Prague Zoo. Because of the location, in addition to public transportation options, we also have the opportunity to reach by a steamboat ride! You can find the details about your option to go to the by using public transport options below. Also, if you dare to use your bike to go there you can use the free bicycle parking at the main and southern entrance of the zoo.

There are multiple entrances to the Prague Zoo. For example, if you came with steamboat or ferry you will get off at the north-west part of the zoo and need to talk around 1.5 km until you reach the northern entrance. For the bus lines, you can get off at a very close point to both Main and Northern Entrances of the zoo. If you planning to came with your private car to the Prague Zoo the best option for you to go to the Southern Entrance. Probably less crowded than the others. Also, inside the zoo there a chairlift operating by the Prague Public Transport Company. You can use the chairlift to only travel within the zoo. The tickets of the chairlift sell separately and only one-way.

You can buy tickets from the entrances of the zoo but I’m suggesting to you take a look at the tour on the widget below. Because the tour below has a couple of advantages for you. For example, if you buy the Prague: Boat Ride to the Prague Zoo and Ticket Tour you will have a tour like the full-inclusive type. You can find the details of the tour below;

If you are looking something like more different please check the widget below. Prague Zoo is open every day for visitors between 09.00 to 18.00 pm. Please check the table for more detailed opening and closing hour information of the zoo.

Rules and Regulations of Prague Zoo

Like any other zoo, there are some certain rules for every visitor who came to the Prague Zoo. Please be aware of the right of freedom of the animals even if they are in the zoo. I just summarized the rules of the Prague Zoo in the list.

Prague Zoo is a really good establishment with couple of services for its visitors. Visiting Prague Zoo will take couple of hours and it may become really tiring especially during the summer. Because of that, you will need to rest a little or want to drink/eat something. Especially if you came to the Prague Zoo with your kids you will probably want a place to breathe. Inside the zoo, there restaurant and refreshment stands where you can stop. For your kids, you can stop at one the children playgrounds. Also, there are free Wi-Fi connection and parking lots for you.

Please share your experiences and suggestions about the Prague Zoo to help the other people who are thinking to visit it. Also, feel free to ask your questions on the comment section.