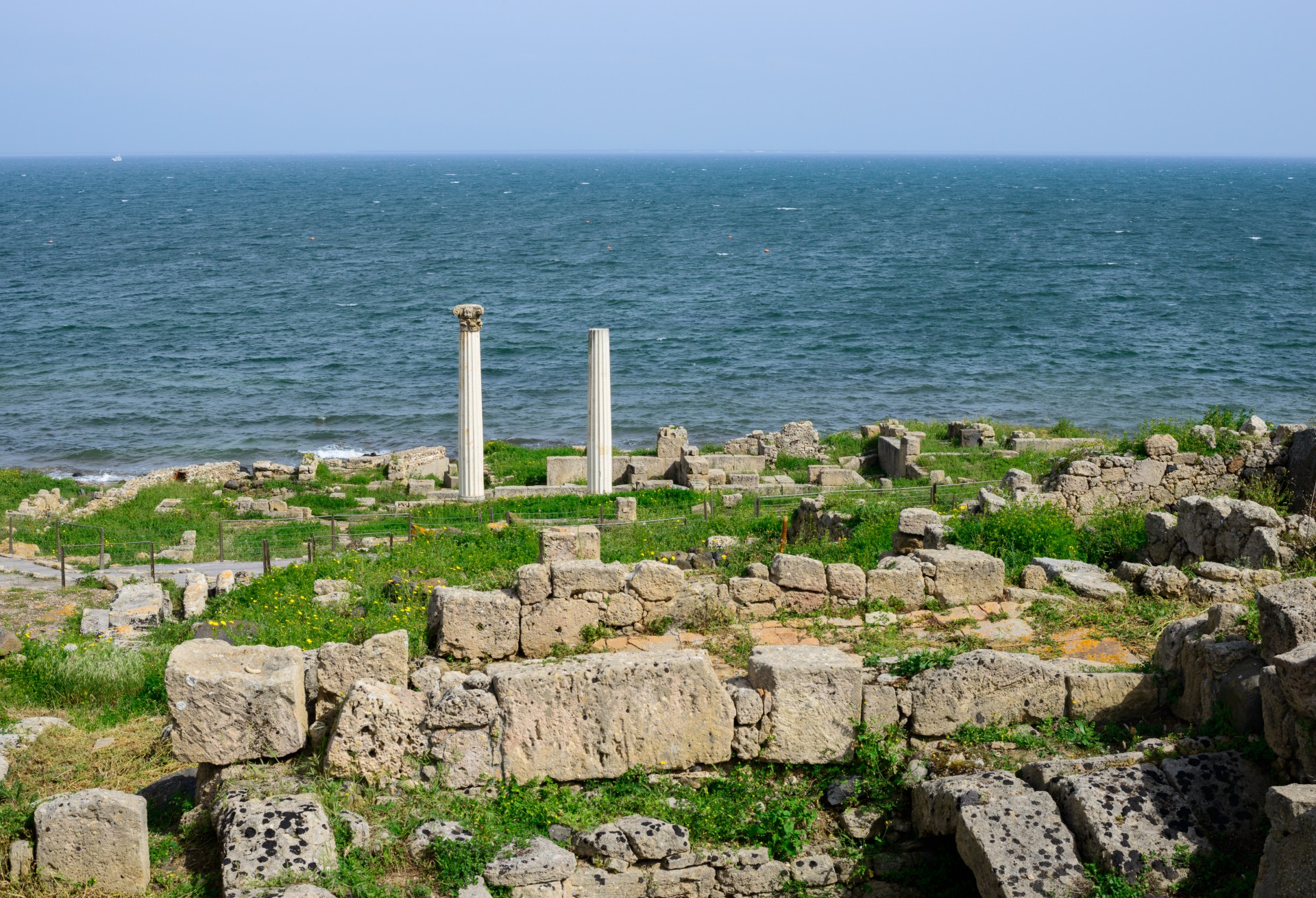 History of The Ancient City of Tharros

Tharros was an important city located on the west coast of the Sardinia and also the bishopric. This ancient city is not only for  Sardinia but also one of the most important ancient cities in the entire Mediterranean region. Before giving information about the history of Tharros I’m suggesting to you take a quick look to the this Nuragic civilization Wikipedia page to learn more about the ancient settlements of the Sardinia.

Tharros was an ancient where was the home of the Phoenician centre of commerce, Roman Burns, Carthaginian castle and more with more than 2000 years of long-standing history. The Ancient City of Tharros lived between the 8th century BC and 11th century AD. The main centre of the Tharros is located at the very end of the Sinis peninsula where is very close to the Cabras. By the way, Sinis is also known as San Giovanni di Sinis in a long way.

Actually Tharros was not a regular archaeological site where the conventional excavations carried out. I don’t know maybe because of its remote location from mainland Italy or the central settlements of Sardinia, Tharros was the home of the treasure hunters for a quite long time from 17th to 19th century. Probably, for around 200 years most of the relics of The Ancient City of Tharros were stolen.  The first archaeological excavation on Tharros carried out around the 1830s by the Canon Giovanni Spano. Another important archaeological study carried out by Lord Vernon from Britain and this led to extensive looting over the Tharros, once more. By the way from the 1950s more professional excavations performed on the Tharros under the control of the government. Actually there are tons of things to write about Tharros but I’leaving the discovery of it to you.

Where is The Ancient City of Tharros?

How to Go to The Tharros?

Unfortunately, there is no direct line to the Tharros with buses or trains. The easiest way to go to the Tharros is by joining a tour from Oristano or renting a car from there. Because Oristano is one of the major cities of the Sardinia where you can find tours and car rental companies. If you are already staying in San Giovanni di Sinis you can talk a quite short walk about 1.5 km to go to the Tharros. You may see the explanation about the road route to the Tharros but I won’t give any them to you. Just enter the Tharros to you maps app it will directly take you to the Tharros.

Visiting The Ancient City of Tharros

Tharros is an active cultural site is open to the visitor while the excavations are carrying out at the same time. If you are looking forward to visiting The Ancient City of Tharros you just should think only to visit it. Because there are tons of other things to visit besides the ancient city from San Giovanni Di Sinis to the Capo San Marco. In this part of this post, you may find the total list of places where you can visit in the borders of the ancient city during your time in Tharros.

You can visit The Tharros Ancient City during the whole year only except between December 25th and January 1st. You can find the opening and closing hours of Tharros on the table below.

Entrance fee to the Tharros cultural site varies between 6.50 to 12.00 Euro depending on the type of the ticket you buy. There are different type of tickets to buy and you may find them below.

If you ever visited The Ancient City of Tharros, San Giovanni Di Sinis or Capo San Marco please share your experiences and suggestion on the comment section to improve the content and quality of this post. Also, in order to increase your Sardinia experience, you may think to join some guided and well-organized tours by the professionals. You may find the whole list of the tours about Sardinia from this page. Don’t forget to read the reviews before buying any of those tours. However, if you are looking for more to read about Sardinia please take a look at the Sardinia Travel Guide. Happy travelling!