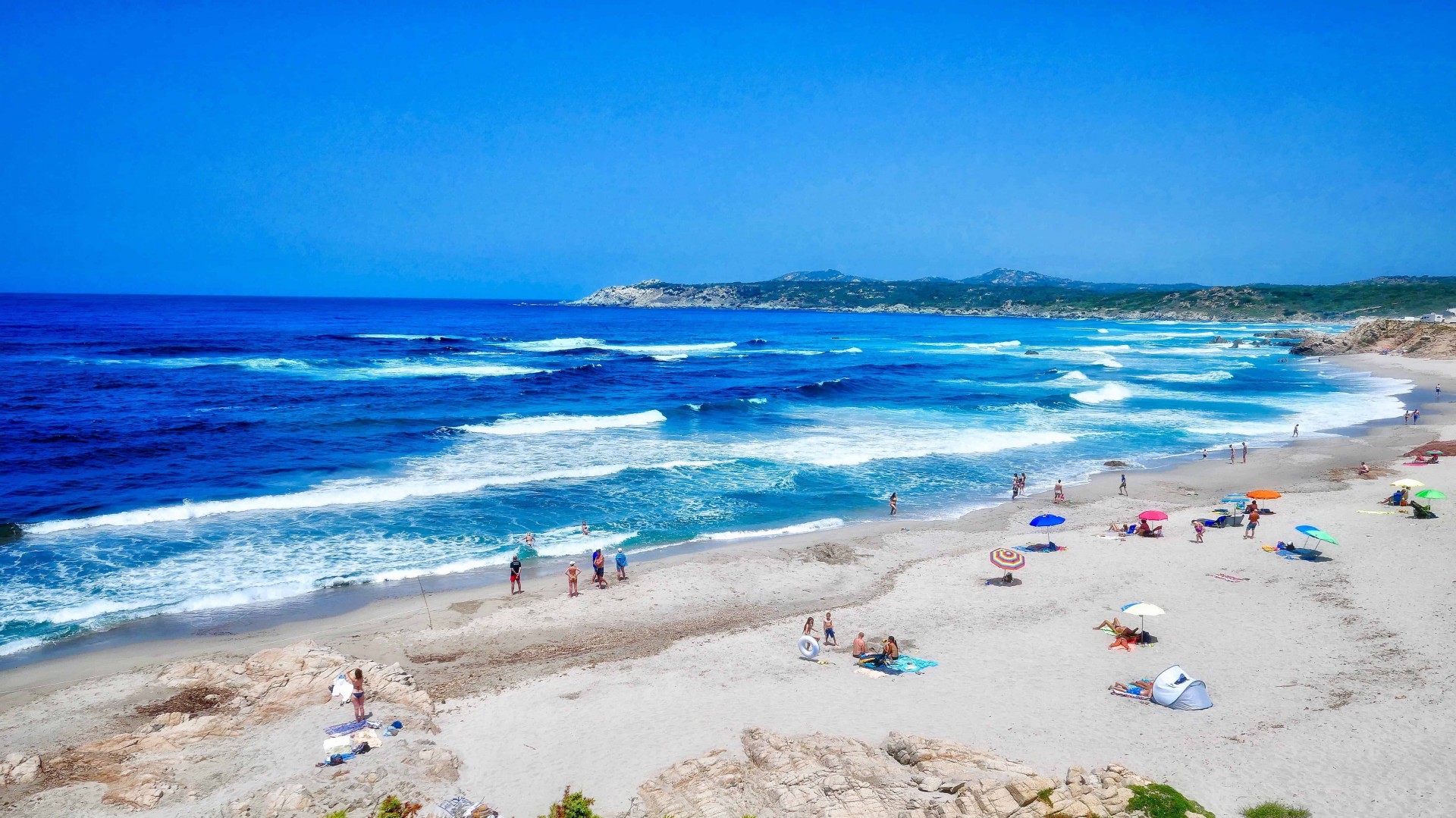 If you want to have a holiday with hot sun, golden beaches, clean air and nature all together you should visit Sardinia Island. Sardinia Island is an island where is politically one of the 20 regions of Italy located in the Mediterranean Sea, west of Italy mainland and north of Tunisia. This unique and wonder of nature island one the 5 in Italy where have a special degree of autonomy and specific statue at the Italian constitution. Sardinia Island is the home of more than 1.6 million people based on the latest census and around %10 of it lives in the Cagliari, capital city. You may find the topic you will read on this post below and go directly to the section want to read.

I always think that it is better to know the history of Sardinia Island before visiting Sardinia. If you want to write the history of Sardinia Island history you should write at least thousand of words. Because Sardinia Island has a very-long standing history through pages of the past. We can basically say that this island is pre-historic! Yes, that’s true! The oldest primate called Oreopithecus bambolii is dated to 8.5 million years ago! Modern humans, us, appeared around 18000 BC in Sardinia Island. The remains found at Su Coloru cave of Laerru. There were also eras belongs to the Nuragic, Phoenician and of course the Roman Empire. After them, Vandals, Goths, and Byzantines ruled the island.

How to Go to Sardinia Island?

As you expect there are multiple airports in Sardinia Island. One located in the west coast (Alghero ‘Riviera del Corallo’ – IATA code AHO), one in the south (Cagliari ‘Elmas’ IATA code CAG) and one in the east coast the famous ‘Emerald Coast‘ or ‘Costa Smeralda‘ as the Sardinian call it (Olbia – IATA code OLB). During the summer all of them will be crowded because millions of people visit Sardinia Island every year. You can come to any of these airports from Italy. But if you are coming from abroad to Sardinia, my suggestion is to buy a ticket to Olbia Airport. Because Olbia Airport is accessible by most airlines among other airports like Cagliari Airport and Alghero Airport. Olbia Airport is only 4 km away from the city center. You can also find a flight to Olbia Airport from Copenhagen, Prague, Barcelona and many other major cities around Europe.

What Is The Best Time to Visit Sardinia Island?

Where to Visit in Sardinia Island?

Generally, I write the top 5 to 10 places in a place, region or city. but this I can write up to 20 thanks to the friends at the Reddit Sardinia. On this part of the Sardinia Island Travel Guide post, you can find the top 20 places to see when you visit Sardinia Island.

Capital of the Sardinia is the city of Cagliari. If you visit Sardinia, Cagliari should the first place to see during your time on this perfect island. Cagliari is located at the very south of the Sardinia Island. This port city of the Sardinia offers its visitors various joys, culture and many other attractions. At least you should spend a couple of days to explore this historic capital of the Sardinia. I will definitely prepare a detailed Cagliari guide in the future.

The Nuragic complex of Barumini (Su Nuraxi di Barumini) is located around 70 km north of the Cagliari very close to the Barumini city center. This area is also known as the Mamilla and in the list of the UNESCO World Heritage Site. This area is so important because the best-preserved remains of the Nuragic Civilaziton are in here. Barumini is another must-to see the place.

The Ancient City of Tharros

One of the most important ancient cities all around the Mediterranean is the Tharros! Tharros city is located on the very south of the Sinis peninsula, Cabras. If you love history, Tharros has lots of relics to offer you. The ancient city of Tharros is another place that must be on your Sardinia Island list. You can read more about Tharros in this post.

Pan Di Zucchero where is a very small island close to the Iglesias coast if an extremely stunning natural monument. Sugarloaf is the meaning of Pan Di Zucchero. It is possible to go to the Pan Di Zucchero by renting a small boat.

Imagine a place with perfect nature and seawater. Cala Gonone is the place for probably one of the best times you will ever have. There is also Gennargentu National Park where to be visited here. Cala Gonone is located on the east side of Sardinia Island very close to the Dorgali.

On the north of the Sassari, Asinara Island is a national park where you can see very well protected Mediterranean scrap and also little albino donkeys. Because of its remote location from the Sardinia mainland Asianara preserved largely intact. If you want to go to Asianara Island you have to take the ferry from Porto Torres. Because it not allowed to dock of the private boats. Also, In only 3 beaches swimming is allowed. Asinara Island is only opened to tourism in 1999.

We can say that the Nuoro is the Athens or Ephesus of Sardinia. Nuoro is the home of the world-famous artists like Salvatore and Sebastiano Satta, Francesco Causa and the author Grazia Deledda.

In the heart of Sardinia Island over a high plateau, you can explore the wild horses of the region. If you go to the Giara di Gesturi you will enjoy nature, clean air, breathtaking scene and wild horses of course.

The Province of Sassari is located in the northwestern of the Sardinia Island. Sassari is the second most populated city of the Sardinia and also the cultural center of it. Sardinia’s only natural lake, Lake Baratz also in the Sassari.

If you like to enjoy the hot sun and waters of the Mediterranean you should visit Costa Smeralda. Costa Smeralda is like a holiday resort area of the island with villas, boutique hotels, marina, shopping areas and of course nightlife. Costa Smeralda located in the northeast of Sardinia Island. If you want to read more about the beaches of Costa Smeralda you can read this post.

Imagine the most fascinating medieval city, that’s Alghero! Alghero is the main resort destination of Sardinia Island, located in the northwest. The population of the city quadruples during the summer. You should see the sea walls, Campanile, Chiesa di San Francesco, Piazza Civica and more of it during your time Alghero.

Located in the heart of Sardinia Island, Fonni is located at the summits of Gennargentu. Fonni is surrounded by the ancient woods and also pre-historic remains. This small city also has the best ski resort area of Sardinia Island.

Inside the Mount Tiscali, there is another Nuragic place of the Sardinia Island, Tiscali. Tiscali Nuragic Village is on the island’s most popular trekking destination where offers a very unique experience for you.

Another perfect beach for you. Villasimius is another best spot to enjoy the hot sun and water on the southeast of Sardinia Island. You can also enjoy the local food, especially seafood, visit museums and take a walk through the archaeological sites.

If you like to spend time in natural parks, Sardinia offers an opportunity for this also. Sette Fratelli Park is located in the southeast of Sardinia Island. Imagine a day, you are walking over the granite and basaltic rocks through the rivers and deep canyons along with the wildlife. Relaxing, right?

In the north of Sardinia, Castelsardo is another historic town worth to see. You can visit the old castle and center. There are also lots of attractive places to shop or to eat. You can visit Elephant’s Rocks, Doria Castle, Chruch of St. Mary and La Loggia Palace in Castelsardo with a couple of other places.

If you want to bring your car it can be extremely expensive and time-consuming for you, so forget that! You can rent a car from one of the airports or cities of Sardinia. Also, you have a couple of options to travel around. I can say that public transport in Sardinia Island is quite nice. Because of there train and bus lines between cities and also tram lines in major cities.

Travelling Around with Bus in Sardinia Island

Sardinia Island is connected with many bus lines. ARST is the company that operates the bus lines on Sardinia Island. You can visit their website to get more information about bus lines and prices. Buses in Sardinia are relatively new and comfortable for the tourists and locals.

Travelling Around with Train in Sardinia Island

Taking a train in Sardinia Island is another option to get around if you visit Sardinia. But the train lines don’t cover all of the islands as you expected due to geographical restrictions. If you want to buy a train ticket online you should visit the Trenitalia website. Briefly, the train network is good and connects most of the bigger towns.

Is Sardinia Island safe for tourists?

Absolutely yes! Through all of Italy, Sardinia is one of the safest places to visit.

Is Sardinia Island cheap for the holiday?

Comparing to the other major holiday spots of Europe, Island is way cheaper and offers more beauty than them. Another reason to visit Sardinia 🙂

Is it safe to drink tap water in Sardinia Island?

Yes, sure. you can drink the tap water if you visit Sardinia. It’s clean and safe.

Please share your comments to improve the detailed Sardinia Island Travel Guide. If you have a question about Sardinia Island you can also ask them on the comment sections. I’m sharing the Sardina Guide interactive map once more for you 🙂